Valentine’s Spend Revealed: Who's planning to splash the cash?

Start composing your ‘roses are red’ poems, it’s almost that time of year again. February 14th, also known as Valentine’s Day, is just around the corner.

For many, perhaps a poem won’t cut it. We’ve looked into how much money Brits are planning to spend on Valentine’s this year, who they’re spending on and if they’re likely to be disappointed!

How much are we spending?

Many Brits are planning to spend some money this Valentine’s Day - whether it’s on gifts, a card, a romantic dinner or drinks out with friends - only 6.5% of those we surveyed weren’t celebrating at all. It turns out we take Valentine’s Day quite seriously, as the most popular spend option was an impressive £41-£60. In addition, a whopping 61% of us are planning to spend more than £40 this year, with 19.3% opting to shell out over £100. 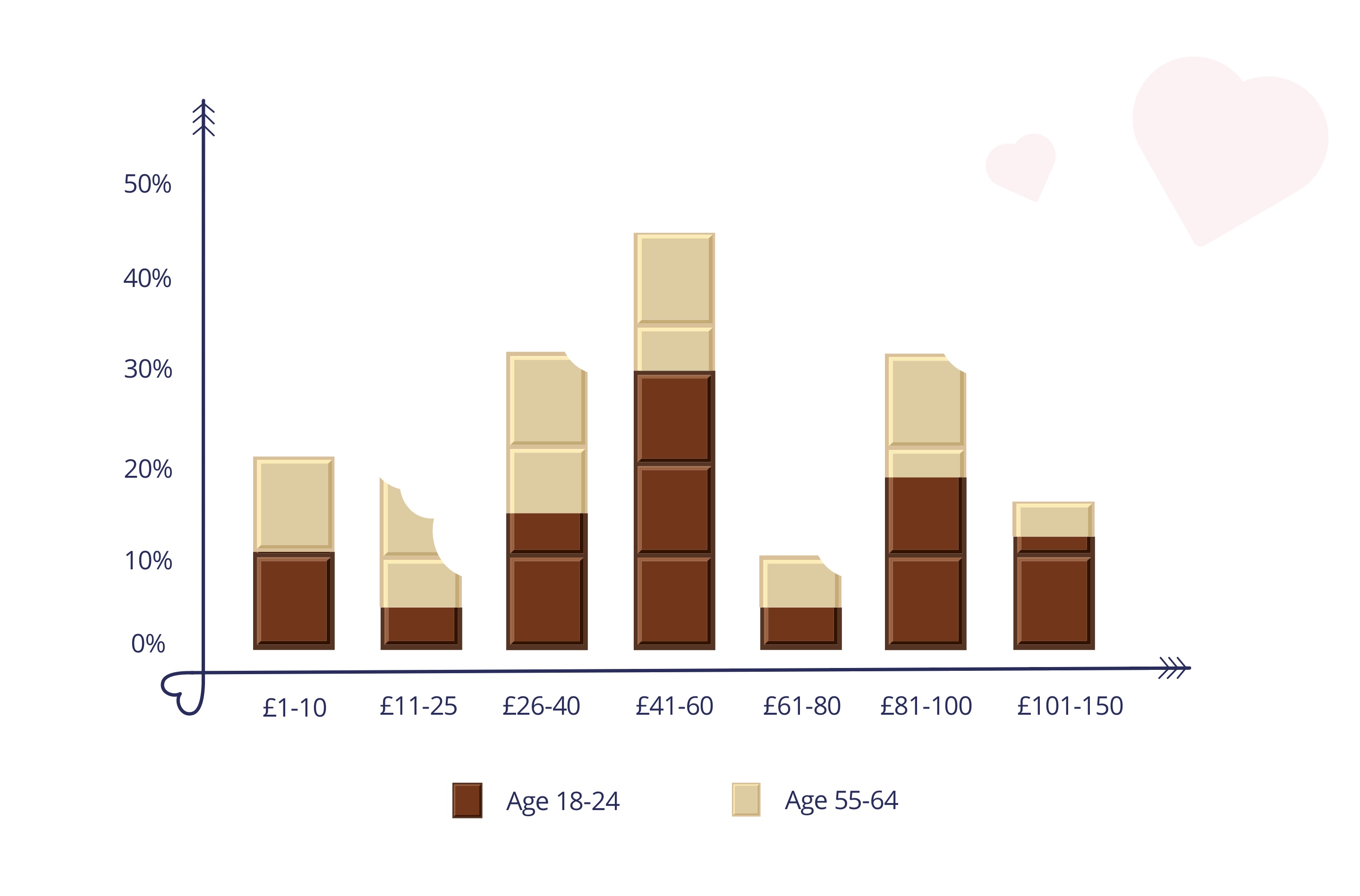 Who are we spending on?

As we’d expect, the most popular person to spend on at Valentine’s is your husband/wife or girlfriend/boyfriend, with a combined result of 80%. Interestingly, the next most popular answer was to spend it on yourself (7.8%) - beating other options such as your kids (4.9%) and friends (3%), other family members (2.7%) and your pet (1.6%). If we take the whole population of the UK into account, that’s over 1 million very lucky pets being treated this Valentine’s! 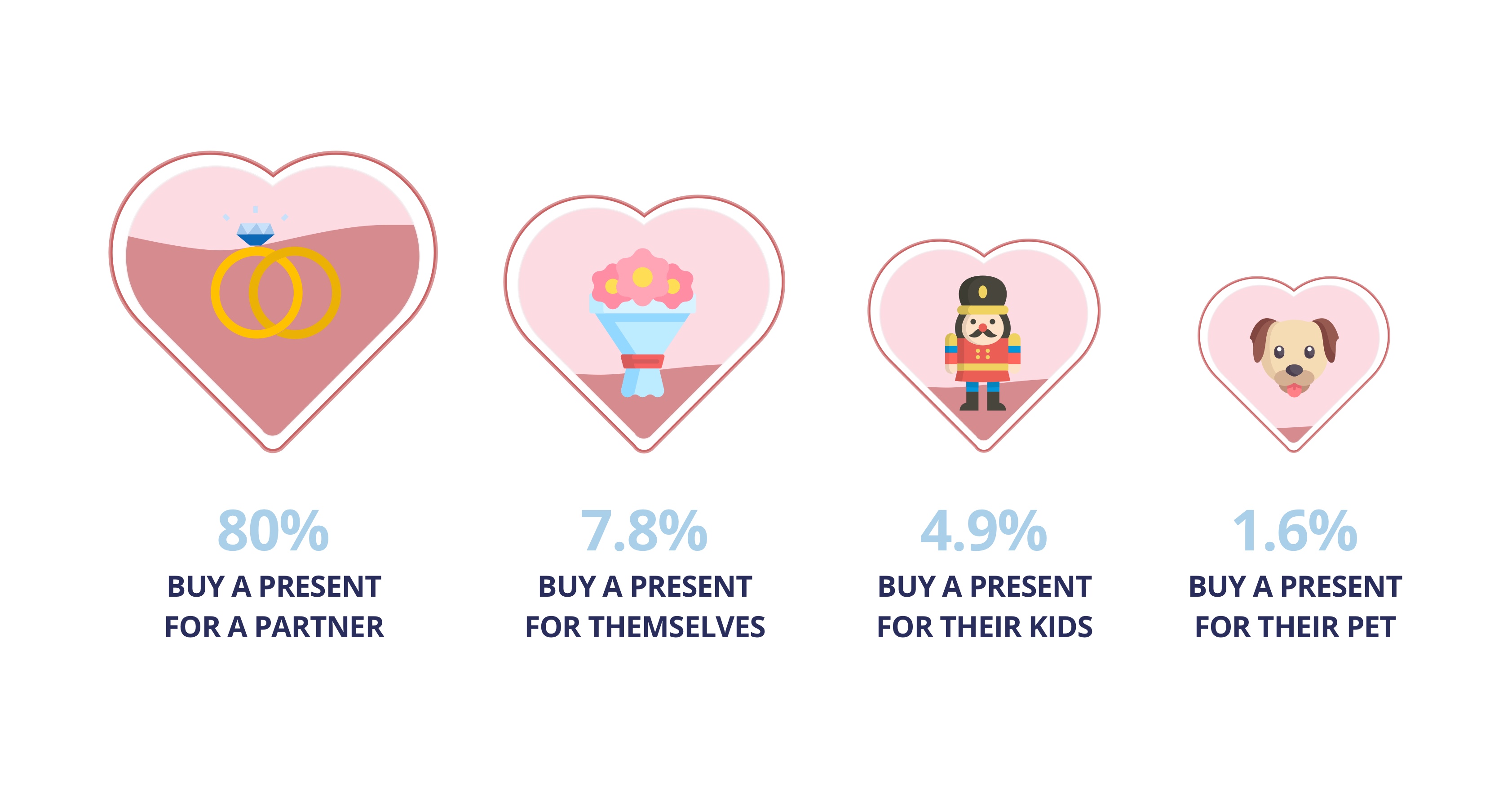 Who has had a secret admirer?

We found that 62.7% of people have never had a card or gift from a secret admirer on Valentine’s Day, but that means a lucky 37.3% have!

It turns out that men are slightly more likely to have a secret admirer, with 38.9% of our survey saying they have received an anonymous card or gift in the past, compared to 35.29% of women.

When it comes to generations, Millenials are the least likely to have received something from a secret crush, with only 27.5% answering yes, compared to 44.4% of over 65s! But there is still time.

Who is the most disappointed in their gift?

It turns out we’re a relatively grateful bunch, with 63% saying they’ve never been disappointed with a gift (or lack thereof).

It seems men might be slightly easier to please with only 32.2% saying they have been disappointed and 42.6% of women giving the same answer.

This data comes from a survey of 1161 UK adults, conducted by Ocean Finance in January 2020. Percentages have been rounded to the closest one decimal point.