Something spooky's going on in British homes…

Whenever you move to a new house, it can take a little while to get used to the strange sounds that emanate from buildings - particularly older ones. Rumbling pipes, creaky floorboards and tapping in the walls are all things we might have to get used to.

However, research* conducted on our behalf shows that for some homeowners, these are more than just property quirks: they're signs of ghostly goings-on.

According to the poll of more than 1,800 UK adults, one in eight (15.3%) Brits think their home is haunted. That's more than 7.7 million people who believe they have a supernatural house guest.

The most common 'haunting' that these Brits experience is the feeling of having a 'presence' in their home, with nearly half of those who think their home is haunted claiming they sense another ‘being’ living there. Added to this, almost a third of haunted house residents claim to have experienced strange chills.

If you find yourself reading this with a sceptical hat on, then things are about to get even more interesting. One in five people sharing their home with a supernatural entity said they have had things in their house move on their own, and 15.7% say they have actually seen something they consider to be 'ghostly' with their own eyes.

Are we all this troubled by the things that go bump in the night? It would appear there are some differences based on the age and location of our survey participants. In London, for example, 39.4% report ghostly goings-on at home, but in the North West they're generally a bit more sceptical, with only 11% saying the same. Younger people are more likely to believe in ghosts too, it seems. One in three aged 18 to 24 believe they live in a haunted house, but this falls to just 5.4% among those over the age of 55.

Respondents identified a death in the house, or the property being built in an already-haunted place, as a potential cause of having a live-in spectre. So will this start to affect whether superstitious Brits move into a property or not? If only ghosts could be used to circumvent the bedroom tax! 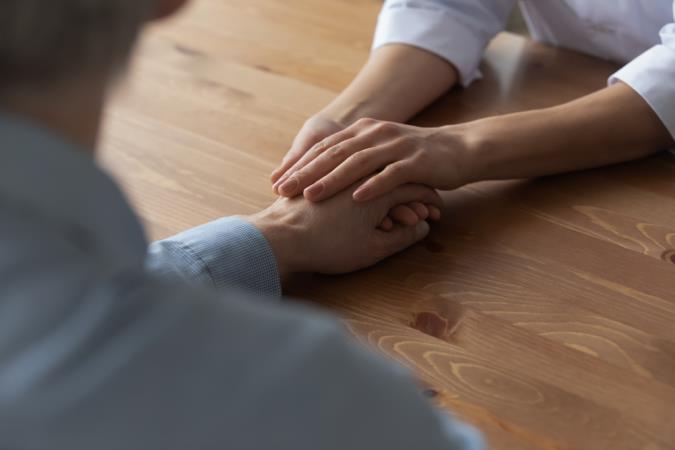