It’s been nearly three months since the Bank of England slashed the base interest rate to just 0.25% - the first cut for over seven years.

Many commentators – including us! – believed that it was unlikely interest rates could get lower than the 0.5% they’d stood at since March 2009. However, after being cut in half, is it possible they could be cut again, or will they stay at 0.25%?

More importantly, what does this all mean if you’re thinking of buying a home or remortgaging?

If the Bank of England’s decision has taught us anything, it’s that we should expect the unexpected. There’s no point assuming that interest rates won’t change again.

They could go down again, but not by much. More likely is that at some point the Bank could decide to increase them.

And if you’re buying a house, the news could affect the type of mortgage you take out.

When interest rates are low, fixed-rate mortgages can be very attractive. Sign up to this type of mortgage for a set period (for example, two years, four years or even as long as ten years) and during that time your monthly mortgage payments and interest won’t change.

It doesn’t matter if the base rate goes up or down in this time – your repayments will stay the same.

A SVR, meanwhile, is the rate set by your particular lender. It can follow the base rate, but more loosely. Your lender is free to raise or lower the rate as they choose.

When interest rates are low, the general feeling is that it’s a good idea to fix. That way, you get the benefit of a mortgage interest rate that’s based on a low base rate, and if the base rate then goes up, your interest won’t.

But what if they go down again?

But what if you fixed your mortgage before the base rate cut in August? Well, yes, you may have been a little disappointed when you didn’t benefit from this drop and your repayments remained the same.

However, this is the risk you take when you fix – and you could look at it as the price you pay for the security of knowing exactly how much you’ll pay towards your mortgage each month.

Another thing to consider is that while rates could go down again, they can only move in this direction by a fraction of a percent. If they go up, on the other hand, there’s a lot more room for them to move.

If you fix now, you might feel disappointed if the base rate is cut again before your term is up. But it’s worth asking yourself how you’d feel if it went up?

Could you afford a rate rise?

The thing is your mortgage interest rate going up by just 1% could mean you paying up to £100 or more on top of your usual mortgage repayment each month. Is this something you’ll be able to afford?

Nowadays, this isn’t only a question for you to consider when you apply for a mortgage – it’s something lenders will think about too. As part of the application process, they will carry out a stress test, which lets them work out whether you could still afford your mortgage repayments if the base rate went up by 3%.

Even if you’re applying for a fixed-rate mortgage, you’ll be subject to this stress test. This is because when your fixed term ends, you’ll automatically switch to your lender’s SVR unless you sign up to a new deal.

It might seem as though this is just another hurdle standing in the way of you getting a mortgage, but it’s actually done to protect you. If interest rates were to rise and you stopped making your mortgage payments because you couldn’t afford them, your home would be at risk of repossession. That’s why lenders do their best to check you won’t end up in this situation.

One way to reduce this risk is to borrow only what you can comfortably afford. If your mortgage payments will be at the very top end of your budget, you may struggle if rates change.

Use our mortgage calculator to get an idea of how much the mortgage you want could cost you each month.

You see, we can’t say that rates won’t go down again, and we certainly can’t say that they won’t go up either. What we can say is that you should take every care to make sure that whatever interest rates do, the roof over your head won’t be at risk. 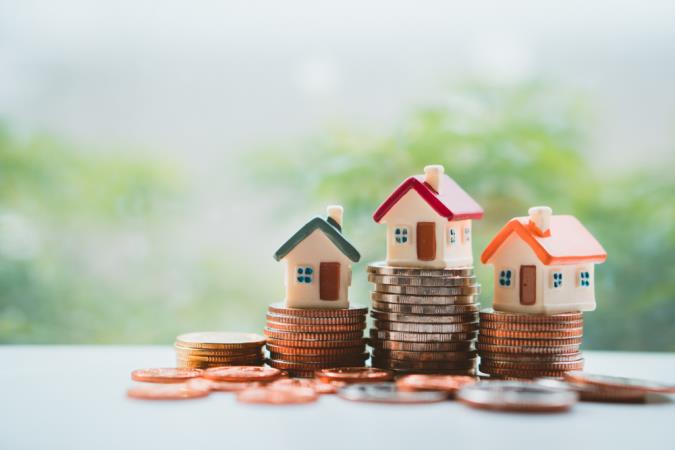