Financial Ombudsman warns women are being penalised for wanting kids 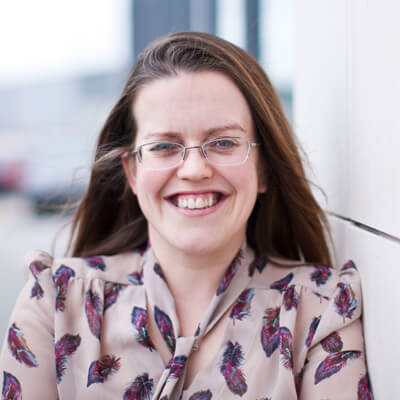 There’s been a steep rise in the number of women complaining about being denied lending because they want to have a baby.

As part of their affordability checks, banks are asking applicants whether they are planning on having children soon, and those who answer yes are being rejected over repayment concerns, according to the Financial Ombudsman.

Caroline Wayman, chief executive of the Financial Ombudsman Service comments: “It is not fair to just make blanket assumptions about people, based on certain characteristics - age or maternity.

“It certainly wouldn't be fair just to say ‘because I think you're pregnant, I can't lend to you.’

“People are entitled to a private life, so I think there's a limit as to what lenders can ask.”

Many women who have complained feel lenders haven’t taken maternity pay into account and the fact that they would budget in such a way that their monthly repayments would still be met.

We asked one mum about her experience:

Mum-of-one Sarah (29 years old) was shocked to discover that she was rejected by a lender because she was on maternity leave. She explains: ‘Our two-year fixed deal came to an end just before Christmas, so I arranged an appointment with my mortgage advisor to sort out a remortgage. To be honest, I’d completely forgotten that the fixed deal was due to run out, I’d been so preoccupied with my pregnancy and the new arrival.

“I was so shocked when the letter from my existing lender came through the post explaining how much more we’d be paying. At over £200 more per month, I knew I had to get a remortgage deal pronto. I hadn’t thought that being on maternity leave would be a problem, but the first lender we tried turned us down and there were a few more who the mortgage advisor explained were renowned for turning down women on maternity leave.

“Trying to sort it out was very stressful, but thankfully we managed to get a good deal in the end. I was still annoyed that we missed out on the best rates though. I had to get a letter from my employer stating my planned return to work date (even though we hadn’t discussed it up until this point) and confirming my salary.

“I decided to opt for a 5-year fixed rate, just in case we decided to have baby number 2 a couple of years down the line because I didn’t want to risk being in the same situation again. I really felt I had little option.”

What do you think?

Have you faced discrimination from lenders because you want to have children in the future or are on maternity leave? Let us know on our Facebook page or twitter.