Are There Germs on Your Money?

Cash or card? As a nation of shoppers, money quite literally changes hands in the UK on a daily basis.

But what dangers are lurking in the cash we carry, and is our move towards a cashless society lowering the potential threats to our personal health and hygiene?

We decided to put these questions to the test by manually swab testing a range of payment to find out where germs are most likely to be hiding. The methods tested include coins, notes and credit cards.

Alongside this, we spoke to 2,000 UK residents to find out how we Brits prefer to pay when hitting the high street as opposed to shopping online. We then asked a series of questions on when and how often we follow basic hygiene instructions to better understand the level of risk involved when handling our hard-earned funds.

It’s time to dish the dirt.

How do we spend?

There’s no doubt that we’re counting out our coins on the shop counter less and less. Just over 80% of Brits use a debit or credit card when shopping on the high street, with almost half of us turning to our debit card most regularly. 30% of us turn to credit card most, while just one in five still frequently get by with cash.

In what may be a surprise to some, 20% of Brits admit to only washing our hands sometimes after going to the toilet – climbing to 32% for the 25-34s. Perhaps more worryingly, 60% of us don’t always wash our hands after coughing or sneezing, while 11% never do at all.

In another battle of the sexes, men are more likely to always wash their hands after visiting the bathroom, while women are more inclined to consistently clean up after coughing or sneezing.

It does look like we’re more careful when it comes to animals though. Only 4% of Brits don’t wash their hands after coming into contact with creatures, although just one in five 18-24-year olds would always do so. In contrast, 64% of those aged 65-plus scrub up every time.

How do germs spread through money?

Even with less of us relying on cash, there are currently 3 billion bank notes and 29 billion coins in circulation in the UK according to The Bank of England and The Royal Mint’s latest figures. This makes the potential chance of passing on bacteria by failing to follow basic hygiene habits huge – but which are the dirtiest ways to pay?

To test what possible dangers could be lurking on our methods of payment, we took a variety of notes, coins and cards to see what exactly was hidden on the surface.

Using testing kit equipment - sterilised cotton swabs and labelled agar petri dishes - the payment methods were meticulously swabbed across all areas, with hand sanitiser used between each swab, and the petri dishes sealed to ensure there was no cross-contamination across the samples. 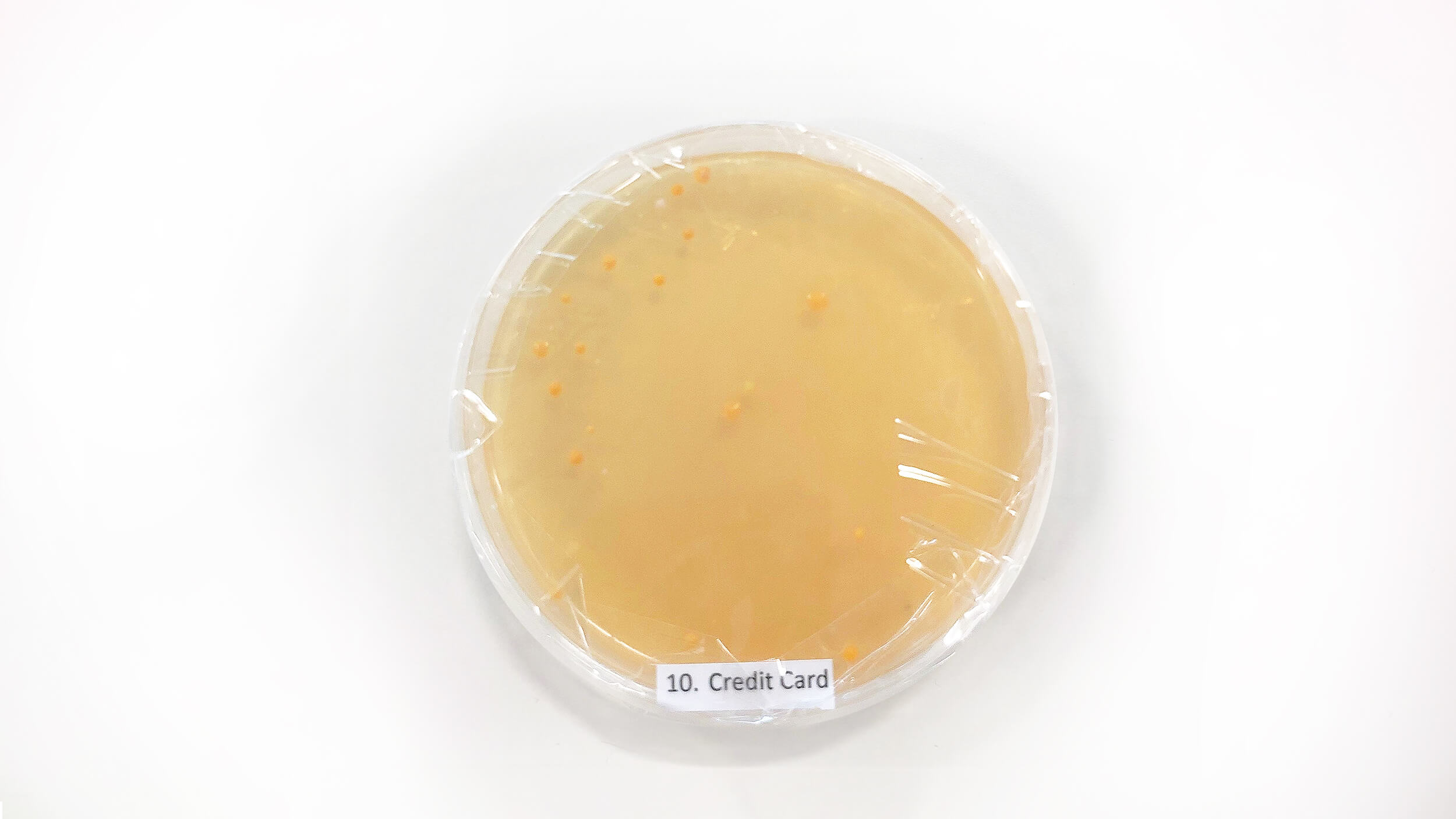 As instructed, we then left the dishes in an open box in a warm place for five days and left the bacteria to thrive. 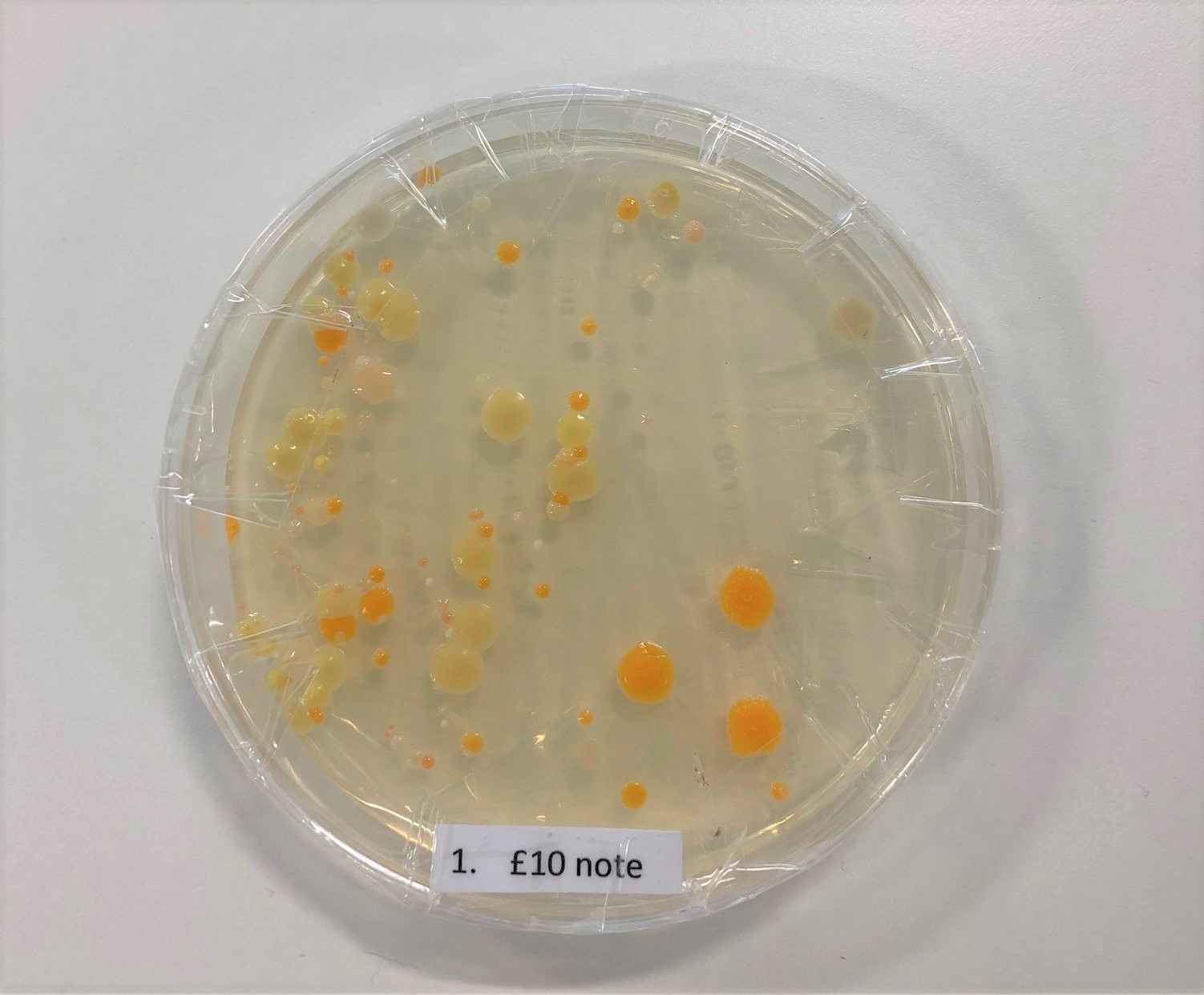 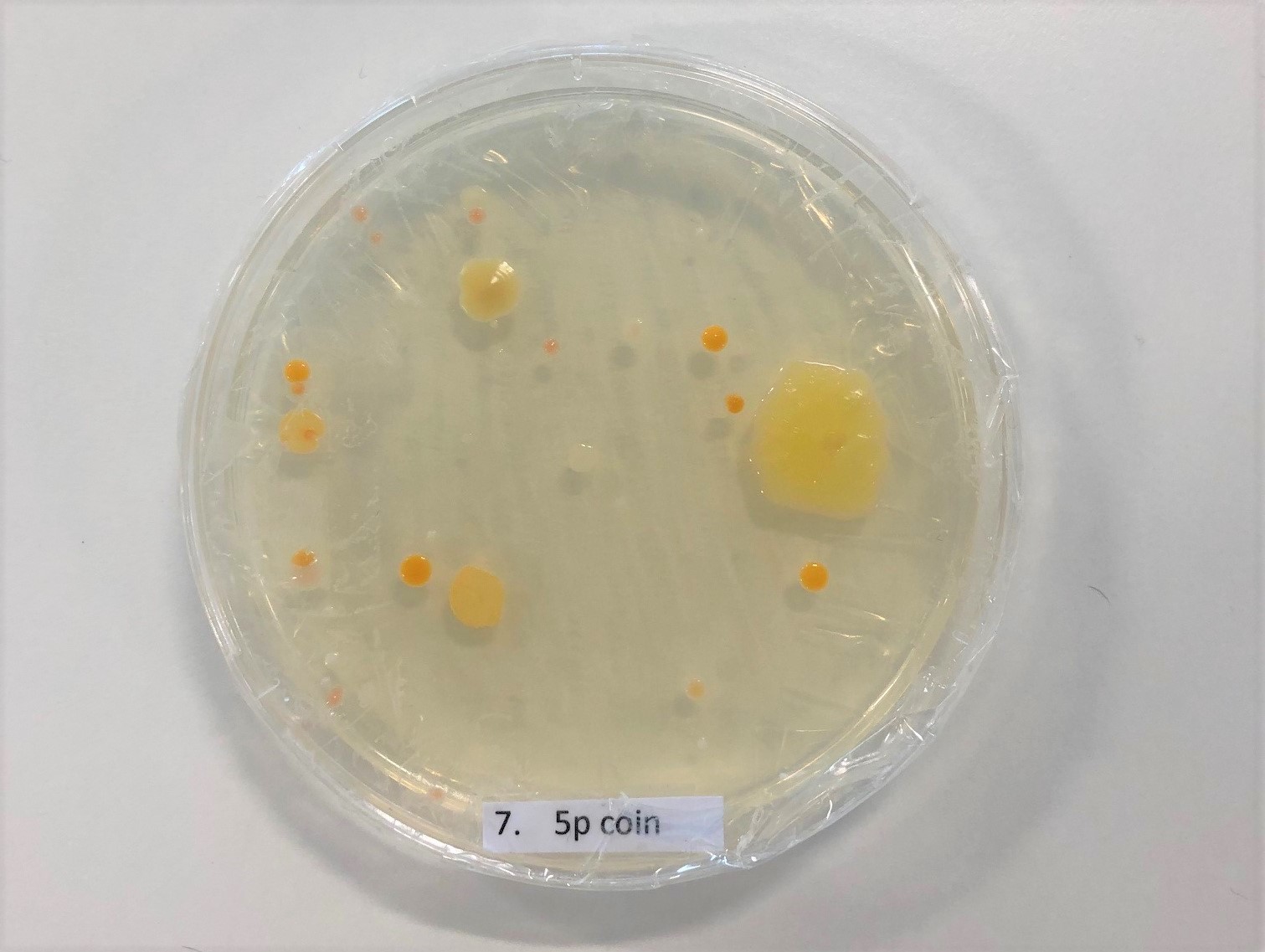 The results are in. Ranked by bacteria growth present, the least hygienic payment methods are: 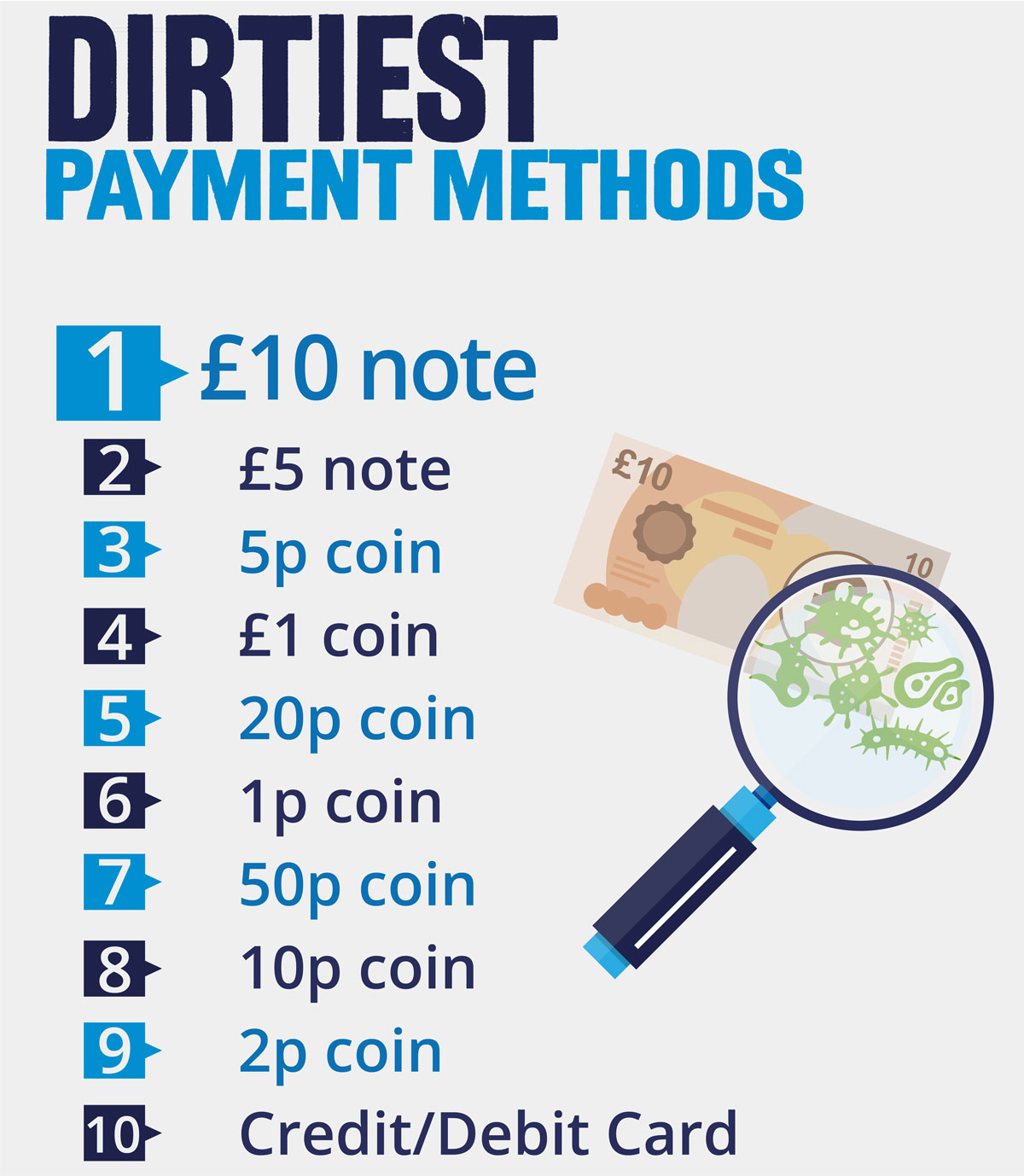 Got a spare hand?

These results are yet more worrying when we found that over 54% of us take the phrase ‘put your money where your mouth is’ quite literally, putting cash, credit cards or debit cards in our mouths to free up our hands. 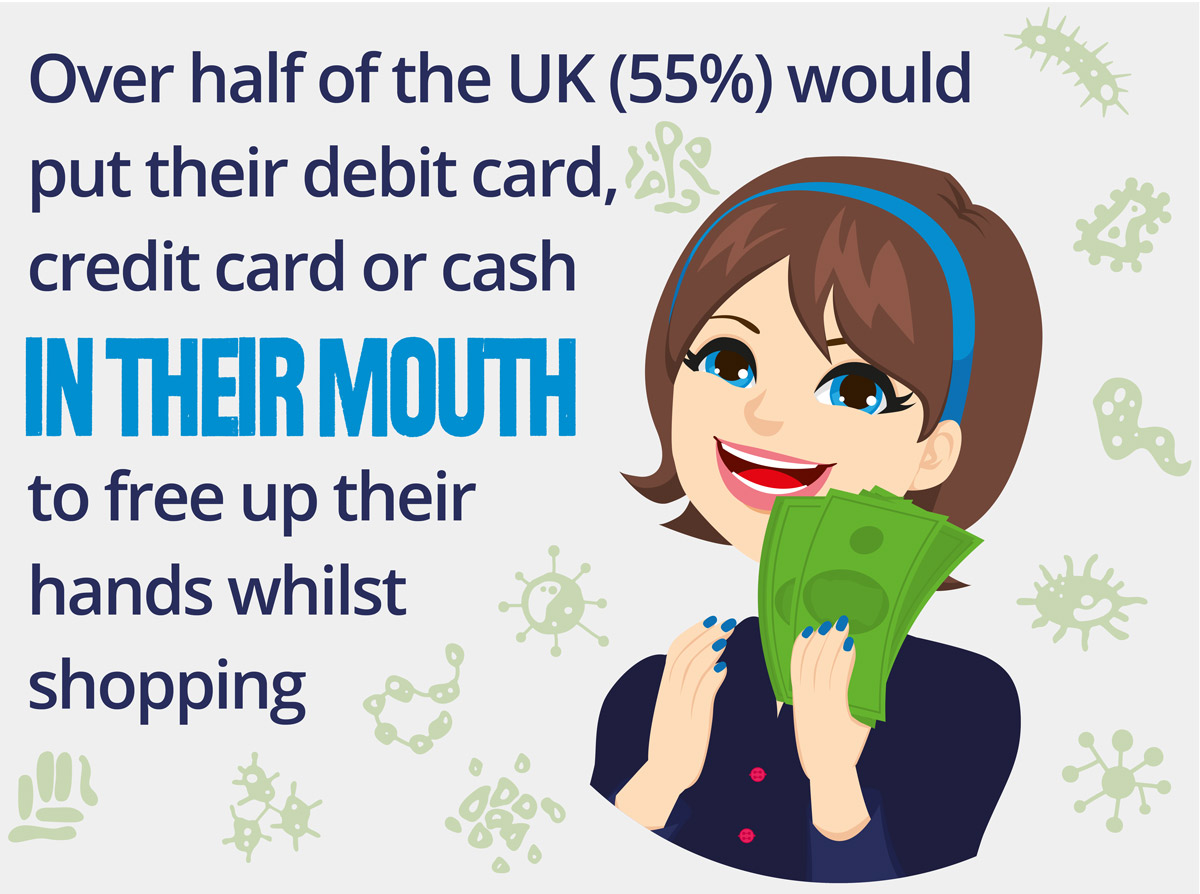 What do the experts say?

Pharmaceutical Manager of Bupa Justin Hayde-West advises: “Generally we should wash our hands after using the bathroom, having contact with animals or pets, or after preparing raw foods such as chicken.

“Washing our hands properly is important in terms of removing dirt, viruses and bacteria in order to avoid spreading illnesses. The World Health Organisation advises using hot running water and soap to clean the palms, fingertips and the often-forgotten gaps between the fingers where bacteria may hide.”

While chomping down on our change isn’t a good idea, you don’t typically need to wash your hands after handling money unless it feels especially dirty. Cleaning too frequently can irritate your skin – and you don’t want to have to rely on your mouth!

So, where are germs hiding, and is going cashless good for our health? Our results show that five and ten-pound notes are the worst offenders for carrying bacteria, especially with not all us of staying on top of our hygiene habits.

With the lowest levels of bacteria found present on debit and credit cards however, our study suggests that a cashless society could mean less germs being spread – and less of us falling ill as a result. Will you be changing the way you pay?