Sometimes, the coins you get in your change can be worth more than they appear to be.

Many of us keep the coins we come across that have a different design to the standard, simply because we like that they’re unusual. But, did you know that coins featuring rare designs, minting mistakes and other unusual features can be extremely sought after by collectors? Some of the rarest coins can command high prices when sold in the right places.

Do you have any of these rare coins worth more than a pretty penny?

Copper coins like 1p coins and 2p coins have never been minted with special edition designs on them. So, rare copper coins will be so because of an error or mistake that was made when they were minted.

The rarest copper coins in circulation are reported to be from a batch of 2p coins that were minted in 1983... with a mistake on them. These coins feature the wording “new pence” on their fronts, when they should have said “two pence”.

“New pence” is old wording that featured on 2p coins between 1971 and 1982 to help people adjust to decimalisation after it came into effect. But, by 1983 and 11 years after the switch, the Royal Mint thought people should be used to the new system and changed the wording to “two pence”. Someone somewhere didn’t get the memo though, and a batch of 2p coins dated 1983 was accidentally minted with the old wording on. This mistake is what makes them valuable to collectors.

The Royal Mint doesn’t know how many of these mis-minted coins are still in circulation – after all, 1983 was quite a long time ago. A few have come up for sale on eBay and have been snapped up at prices sometimes exceeding £1,000. So, if you have one at home, you could be sitting on a small fortune! 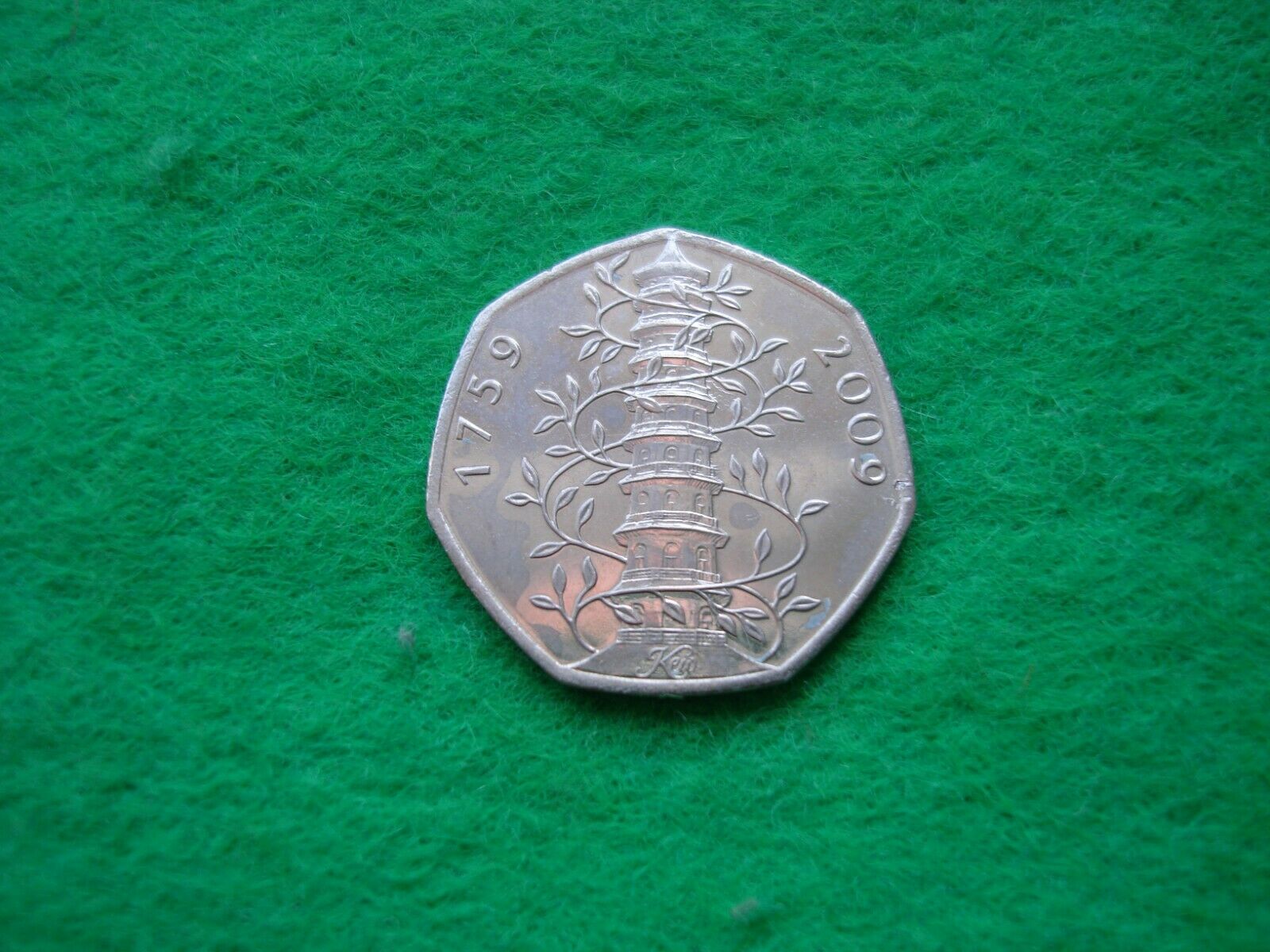 The Kew Gardens 50p, minted in 2009, has topped the Change Checker scarcity index for years. Only 210,000 of this special edition coin were ever released into circulation, making it the rarest 50p you could come across in your change.

Featuring the iconic Chinese Pagoda, the Kew Gardens 50p is a must-have for collectors. This means it can command a top dollar price. One sold for £230 on eBay in 2020 – 460 times more than its face value.

The Olympics coin collection worth almost £100 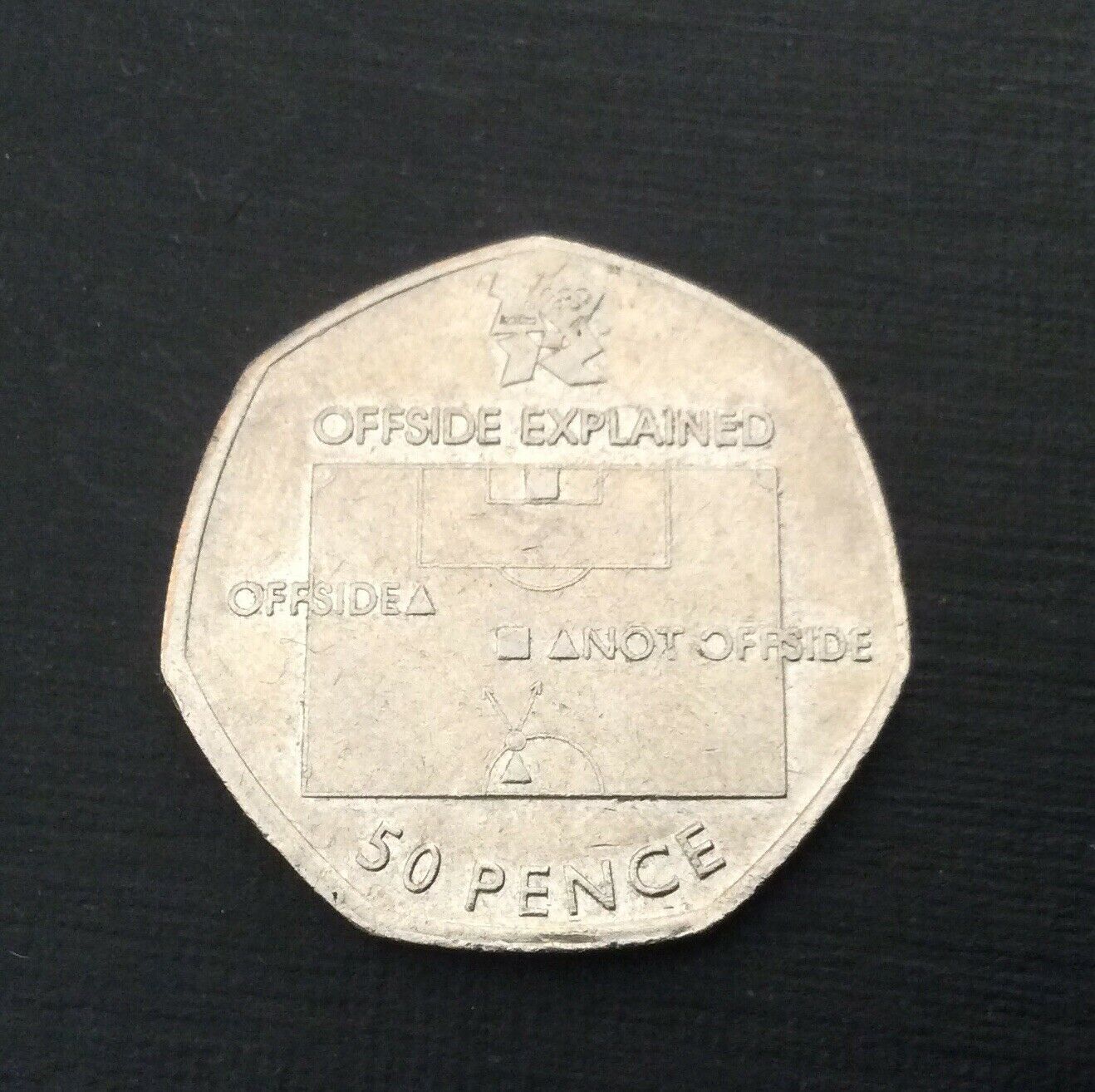 Olympic fever has never been higher in the UK than when London hosted the Olympics back in 2012. To mark the occasion, the Royal Mint released a series of commemorative 50p pieces, each featuring an Olympic sport. If you were lucky enough to collect all 29, then according to Coin Hunter’s values for each coin, they could be worth up to £91!

Some coins in the collection are worth more than others, and each coin’s value is largely determined by how many were minted in the first place. Particularly valuable coins in the Olympic collection include: 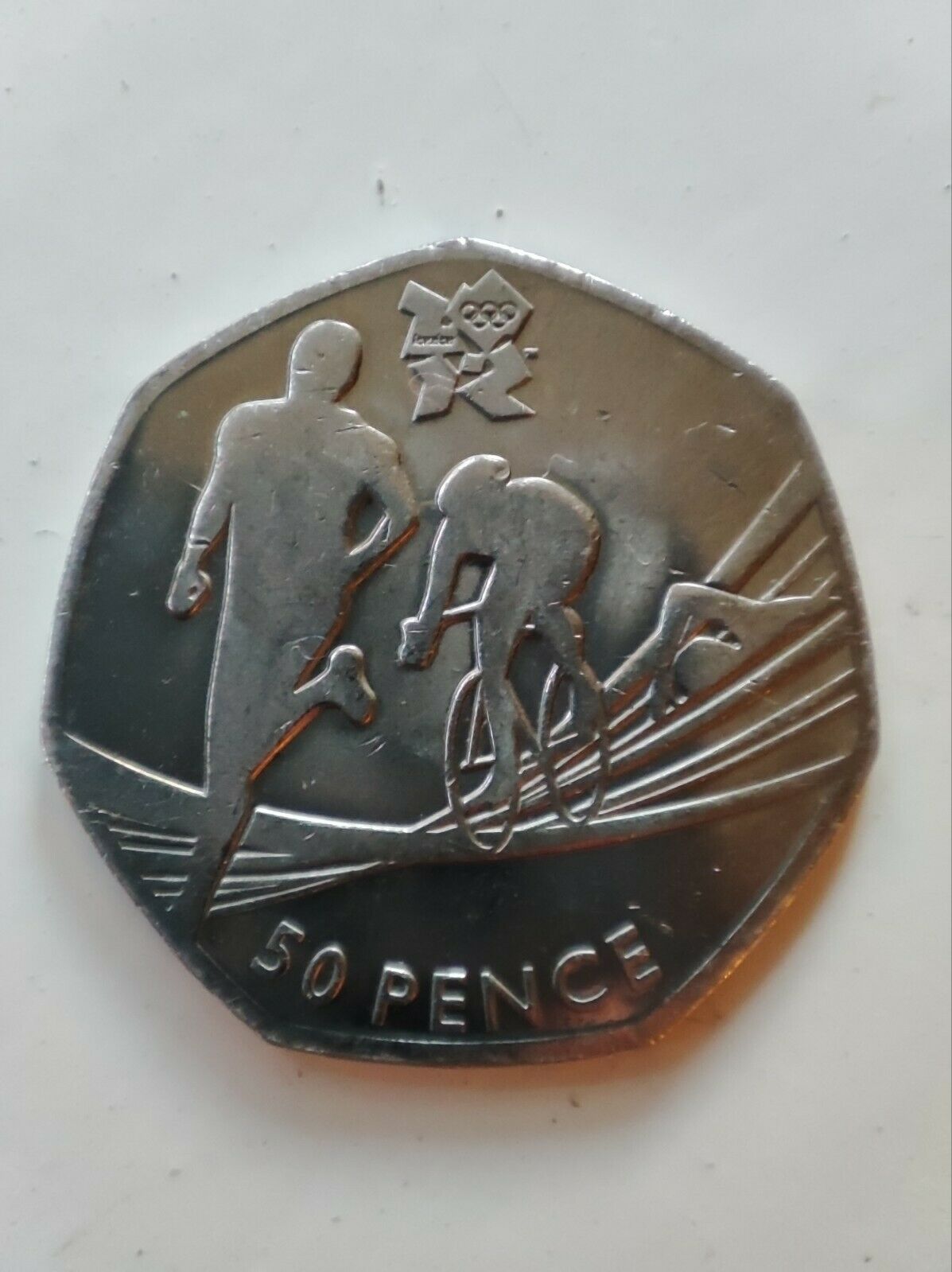 We all know that £2 coins are made up of two kinds of metal – the silver cupro-nickel disc in the centre, surrounded by a nickel-brass ring round the outside. Two metals means a greater possibility of errors being made, though, as the story of this coin can testify.

Back in 2017, a keen-eyed collector spotted something rather unusual about a special edition £2 coin they came across. The coin in question was a Standing on the Shoulders of Giants coin, minted in 2007 to commemorate the development of technology, from the Iron Age to Internet Age. 10,270,000 of this coin were released into circulation, so finding one wouldn’t be that unusual. But, the one this collector came into possession of was particularly special. Instead of being made from the customary cupro-nickel and nickel-brass combination, this coin appeared to be made entirely from nickel-brass.

Investigation with the Royal Mint confirmed it was a genuine coin that had been minted in error, and at the time, experts who had seen coins with similar minting mistakes predicted it could be worth more than £1,000 when sold. Are there more out there? Quite possibly. So, keep an eye on your change!

How do minting mistakes happen?

The Royal Mint manufactures millions of coins each day. So, even with strict quality measures in place, it’s not unthinkable that the odd error on a coin makes it out into circulation. However, it’s important to recognise the difference between an imperfection on a coin, such as where the design isn’t as clearly stamped on the coin as you’d expect, and an error like an incorrect date or the wrong metal being used.

What to do if you think you have a rare, valuable coin

If you get a coin in your change that has a design or an error that you’ve not seen before, a good first step is to look it up online. The Royal Mint website has information about all the coins they’ve ever produced, whether they were intended for circulation or not, that can help you track down the design of yours. They also offer an authentication service, so you can be sure your coin is genuine.

Then, the Change Checker scarcity index can help you find out if your coin features a rare, collectible design. The higher up a coin ranks on the scarcity index, the harder it is to come by, and the more likely it is that a collector would pay good money for it. You can check the value by looking at how much other coins like yours have sold for online on, for example, eBay. Alternatively, you can take your coin to a coin dealer and ask them to value it for you. Once you know what it’s worth, you can decide what to do with it!

Curious about what your other household belongings could be worth? See if you have any of these 9 hidden valuables stashed in your attic!