If you were an avid collector of Pokémon Trading Cards back in the 90’s, hell-bent on catching ‘em all – it might be time to dust off your old collection.

Pokémon has made a comeback, and your childhood passion could now be worth hundreds or even thousands of pounds.

2021 was Pokémon's 25th anniversary and with that came a new wave of enthusiasm for the franchise. With demand for certain cards skyrocketing, attics the world over have been ransacked by adults speculating about the value of their long-forgotten collection.

But not every Pokémon card from your youth will be worth something, so let’s unpack what you’re looking for and which cards could be worth a small fortune today.

Which Pokémon cards are worth money?

There are over 9,000 different Pokémon cards in the UK alone – so it’s fair to say that not every one of them will be lucrative to sell. That said, there's no definitive list of valuable Pokémon cards, as the value of some of your most treasured Pokémon fluctuates regularly. So take this as a starting point, but be sure to do your research as well! 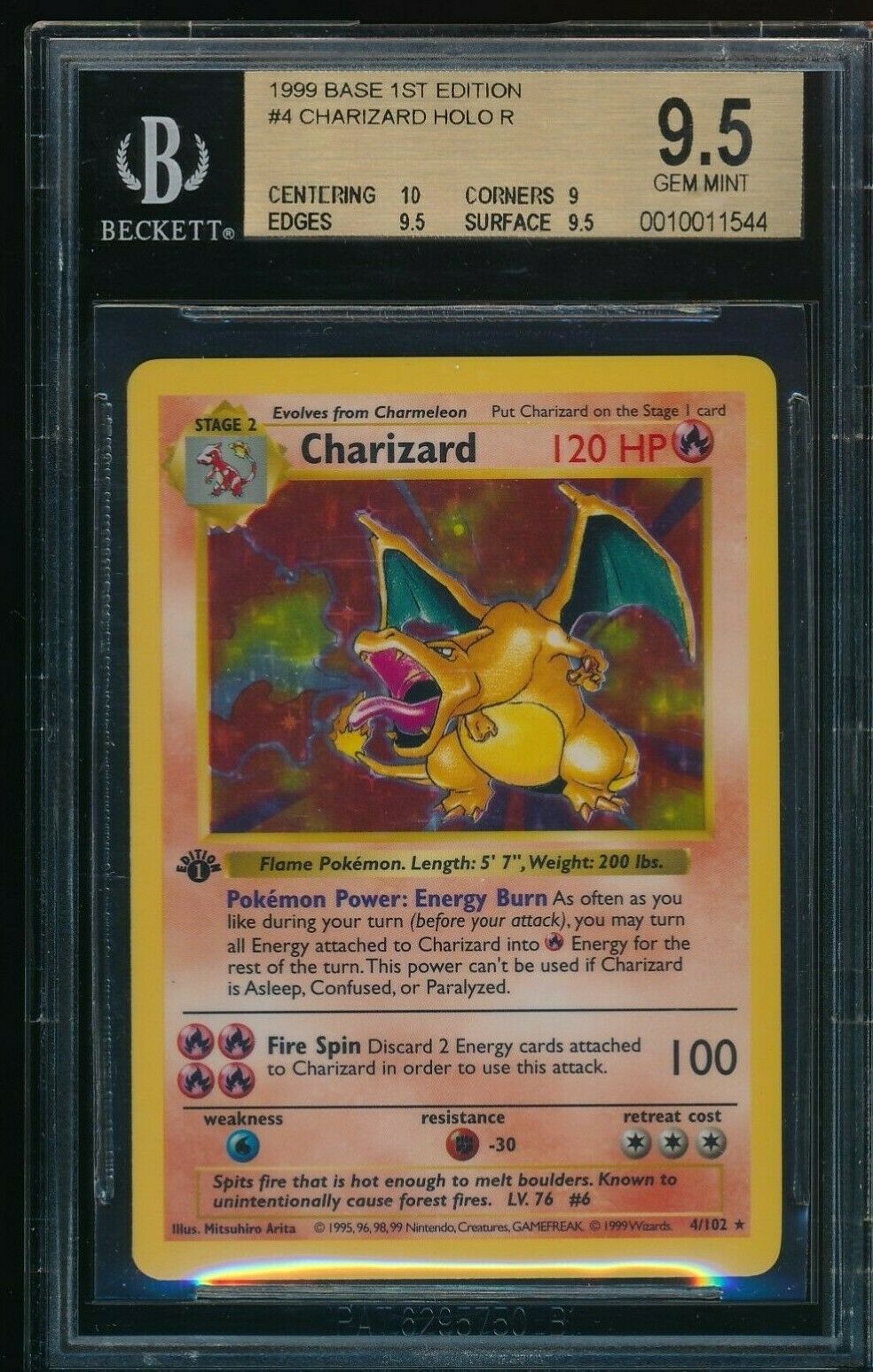 If you had a shiny Charizard as a kid, you were a legend of the playground – and things haven’t changed much since. A PSA 10-graded card of this sort (meaning it’s in mint condition) are incredibly rare, currently being estimated to be worth around £245,630!

Whilst you’re unlikely to find a card in this type of pristine condition in the shoebox under your bed, having a Shadowless Base Set Charizard can still earn you big money on eBay, with sales exceeding £2,000 happening every day. 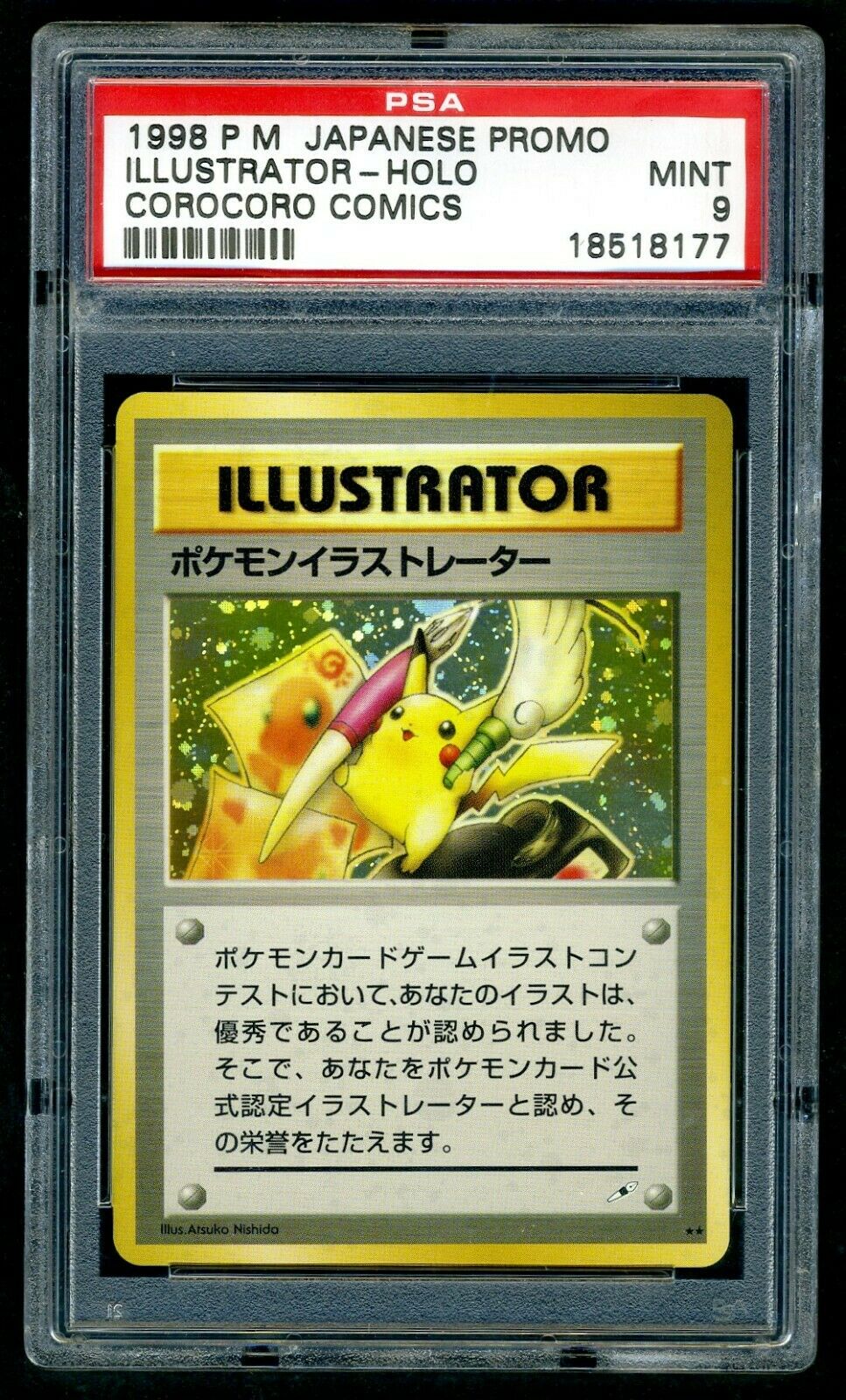 Also known as ‘Pokémon Illustrator’ this card is believed to be one of the rarest Pokémon cards out there, with only 41 verified copies in existence. Originally created as an award to winners of the 1998 CoroCoro illustration contest, it’s revered as being one of the hardest cards to get hold of. It’s also one of the highest valued cards, with a sale exceeding £312,885.30 taking place in 2021! 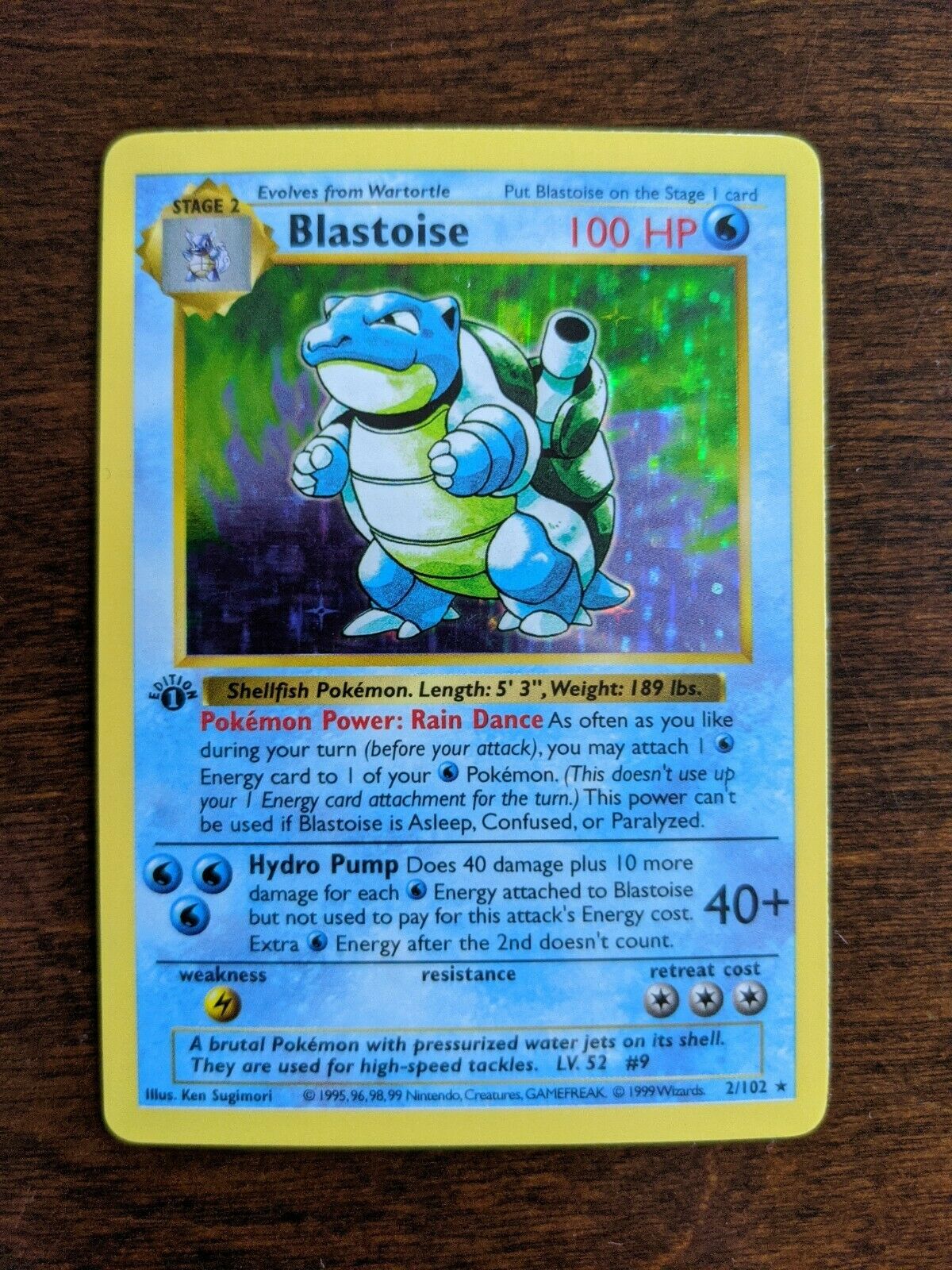 When it comes to Base set cards, Blastoise comes in at a close second behind Charizard for the most coveted – and valuable – of those first releases. A PSA-10 graded copy of this card brought in a whopping £33,521.39 in 2021, through the most esteemed Trading Card marketplace in the world, PWCC.

If you have one of these cards in a decent condition, they are selling on eBay for upwards of £1,000 – so it’s definitely worth a rummage through your collection. 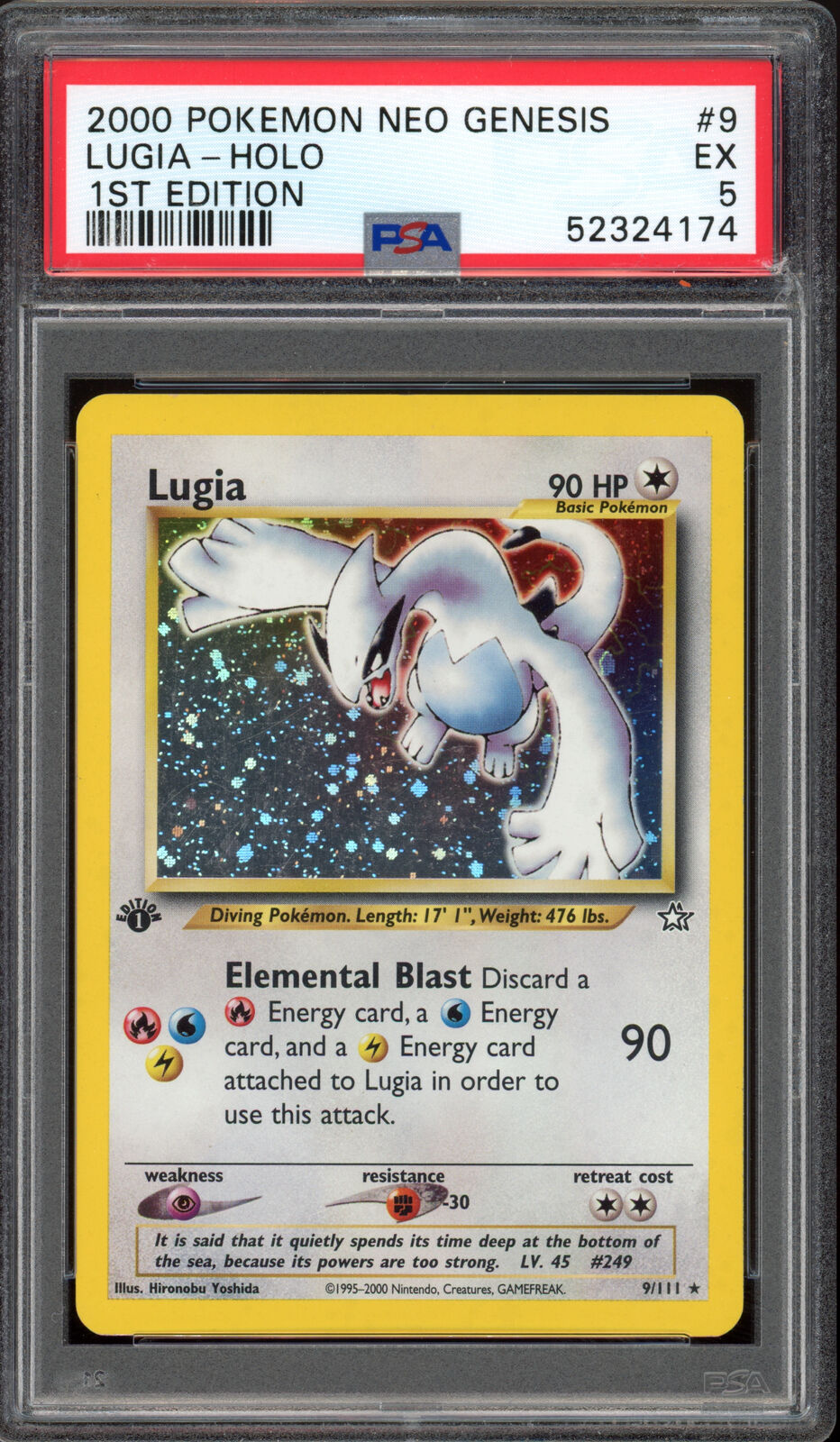 Die-hard fans will remember the release of Pokémon's second generation, with Pokémon Silver, Gold and Crystal hitting the shelves in 2001. Neo Genesis is the Base set of this generation of Pokémon, and a first-edition Lugia from this collection is worth a pretty hefty sum.

Although this particular Pokémon card fluctuates a lot in value, a copy was sold at the end of last year for a huge £96,163. 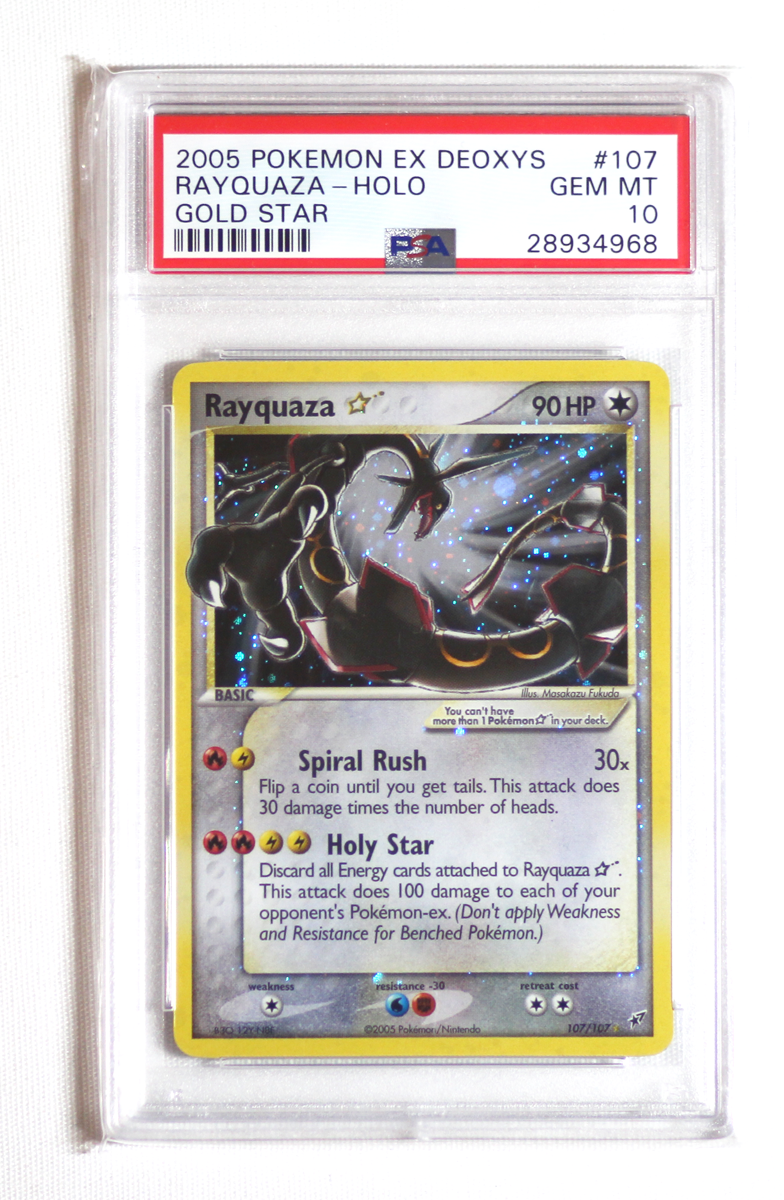 Rayquaza is the Charizard of the third generation of Pokémon, being a must-have for any serious collector, and the EX Doxys edition is particularly valuable. This ultra-rare version of the popular card has just 46 PSA-10 graded cards in circulation, meaning that getting hold of one is going to cost you big.

The PSA values a mint condition Rayquaza Gold Star EX Deoxys card at a huge £30,189, with sales at auction fluctuating either side of that price. If you’re lucky enough to find this particular card in your collection, selling it on eBay could bring in upwards of £5,000!

It’s also worth checking the quality of even your most basic cards, as most can generate a couple of quid each, and many of the Base set are still worth up to a couple of hundred if they’re in good enough condition. Consider what each is worth, and if it’s not much – you may want to opt for selling multiple cards in one bulk for a bit more of a return.

How do you find out how much your Pokémon cards are worth?

If this is the first time you’re looking at your Pokémon cards since you stashed them away all those years ago, then you may need a bit of time to sift through your collection. But, once the initial wave of nostalgia has subsided, you’ll want to identify those cards that could be worth some money.

Doing so is easier than you think, and by following these simple steps – you could be on the way to banking some serious cash.

Step 1: Find out what year it was made

Although there are some modern Pokémon cards now worth a good amount, much of the value lies with those first releases, often referred to as the Base set. In the UK, Base set Pokémon cards were first released in January 1999, and had four different print runs, with the fourth and final showing the copyright date as 1999-2000.

You can easily find out the year your card was made by looking at the bottom right corner.

Step 2: See what set your card belongs to

If your Pokémon card is part of the Base set, there will be no logo on the right-hand side, just below the image. All other sets will have an indicator here to help you determine what set it belongs to, however, it’s worth noting that some cards have been printed with errors, where they’re not part of the Base set, but also feature no indicator. That’s why it’s also important to check the year it was printed matches with the set.

First edition Pokémon cards are highly regarded and can be easily identified by a distinctive 1st Edition mark just below the image. However, there are a number of different card editions, some of which are just as valuable – if not more so – than 1st edition cards.

If your card doesn’t feature the 1st Edition mark, then it is either part of the Shadowless, Unlimited, or dated Unlimited editions.

Step 3: Look it up online

Every Pokémon card features a card number on the bottom right hand-side, and by checking this alongside the name of the card on eBay, you'll be able to get a rough idea of how much that specific card is being sold at.

Wondering what other rare finds you might have lying around? See if you have any of these rare coins worth £100s amongst your spare change.